What's on your mind?

Pardon me, but as the title suggests that i'm just about the creator of GTA San Andreas Living and GTA Rising of Orcus titles, Martim4820, who no longer does a thing on the Fandom, later does it as Jade something, then we didn't see him. I'mean getting curious about this. Maybe he's up to something else, who knows?...

New to this wiki, what's the main focus on? 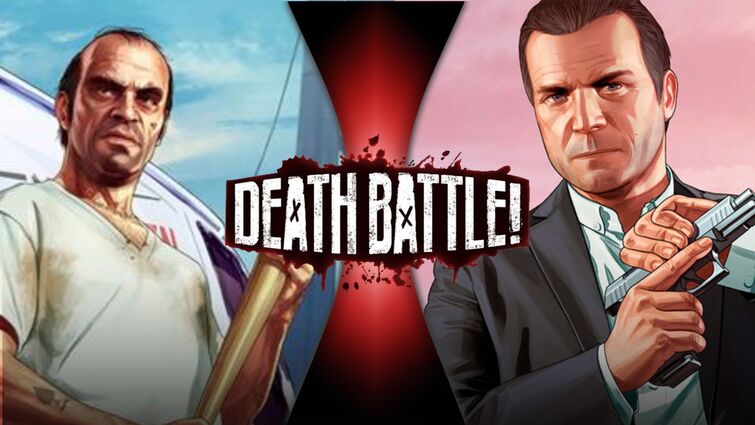 Is it just me or is something wrong with the edit window?

A city I had in my head for a while, it's based off Palm Springs in California, I translated the name into Spanish. Let me know if I should make it or not.

Should canon characters be allowed in fanon videogames? Personally I think no, but I need to hear everyone else's opinion on the matter.

Have you heard the radio in GTA SA lately? There's an fictional role-playing game advertised in here, and that game is called Cavern of Sorrow. This game is mainly based on the infamous Dungeons & Dragons series. There is nothing much known about it, but it's about "a secret society of special friends" and something like ''history f-fest (ya know what i mean)''. It's about to ''find the Cavern of Sorrow'' or it will ''find us''. These all where said during the commercial, as the announcer mentions (the announcer's voice actor is the same voice actor from RDR2's Dutch FYI).

There is also an online version of Cavern of Sorrow in Grand Theft Auto: Liberty City Stories, which one of the callers in the Electron Zone segment of LCFR mentioned, said the caller played the game for 12 hours a day and had a problem with the game. their avatars appear after a mission in Gash Canyon. (more likely, yes)

Even you heard it or not (might as well i didn't) but the Playback FM's DJ Forth Right MC mentions having to get supplies for a Cavern of Sorrow marathon. It seems to be, it's ''too big'' things i'm gonna do tonight.

And it the GTA 4, Felix Martinez on the support page of the website pinktorpedo.org wrote that his mother was playing Cavern of Sorrow. And i didn't get the picture of it but if you would like to do a favor for me (or not in this case), send me the picture in pinktorpedo.org's support page's felix's (CJ's Mom's Ghost's House) message picture to me via this page or the page of the game in GTA Fanon Wiki or in my message wall. Cuz i don't think my computer can run a better in GTA 4 (i haven't even tried it out yet) yet...

The notable characters are: Lod Zad the Wizard and Gorath of Backdar

The notable power-ups/items: Invisibility cloak, invisibility-seeing glasses, a sword which's likely sharpened up (turned it sideways and- oops) and a metal neck given by Gorath of Backdar (other concerns as well)

They are avatars in this game (coming out of nowhere) mention by ''that'' online player in GTA LC LCFR show.

And i'm here to intruduce the project called ''The Gorath for Business (why i titled like that)''. I have already made page of the game (including the marathon) and one of the mobile games. You can support me doing these pages. Feel free to ask me kindly to help me about the future of Cavern of Sorrow series. Let's make this thing bigger in here shall we?

As Dwayne ''The Rock'' Johnson says: Just BRING IT!

Thank you for seeing this message and tell the people the Cavern of Sorrow sent ya.

I have two words for you... MATT-FREAKIN’-HARDY!

So, in GTA single player, you can buy companies, and only Franklin can buy Downtown Cab Co, so is it canon that he buys it? I just need to know for a taxi driver I made up (link below). Can someone help me out?

Participation in this study is voluntary. Do not feel pressured into taking this survey.

The procedure includes filling out an online survey that will take approximately 3 minutes. Your responses will be confidential, and we do not collect identifying information such as your name, email address or IP address. The survey will ask questions about age and gender in order to see the audience of the games currently and in the past. The survey will also ask about your gaming preferences out of 5 chosen franchises. Finally, the survey will ask about your purpose for gaming. These will help to determine the common reason people buy these video games.

I will do my best to keep your information confidential. All data is stored in a password protected electronic format. To help protect your confidentiality, the surveys will not contain information that will personally identify you. The results of this study will be used for scholarly purposes only.

If you have any questions concerning this survey, please contact me at nostalgiagamingsci@gmail.com. If you would like a report on the results of the survey, please send your information to the previously stated email address.

It is known that Bully and Manhunt series belong to the GTA Universe however Red Dead is still a controversial point. In the Cayo Perico Heist DLC Rockstar gave us a lot of hints linking these 2 game series and the only remaining conflicts are the mention of Texas in Diamond Casino & Resort DLC and mention of California and NYC in RDR 2.

What do you think about this? Do you agree that RDR and GTA series exist in the same Universe? This decision can help us in future fanon projects (e.g. a modern story from one of RDR cities or something like that).

What should we name the lore-friendly Skoda brand? It's a car manufacturer.

Just testing it, what do you think?