Miklos Lipton encounters Donal ToddWell, I got nothing else going on, so, sure thing, Sweeny.

Accidents Will Happen is a side mission in Grand Theft Auto: King of The Hill, given to Miklos Lipton by Donal Todd.

Miklos encounters a hysteric man hanging on a tree in Little Seoul.

Miklos asks him to calm down and tell what's wrong. The man introduces himself as Donal Todd, a local barber. Donal explains he doesn't want to be a barber and has recently killed one of his customers by an accident. Miklos advises him to call the police, but Donal is involuntary, claiming he has bad experiences with the LSPD.

Donal doesn't want to end up in jail or in "that institute with depressingly bland decorations", and asks Miklos to dispose the body for some cash. Miklos agrees.

Miklos picks up the corpse from the barbershop, gets in Donal's car and takes it to Raven Slaughterhouse in orders of Todd. Miklos then calls Donal, who says the reward will follow soon. 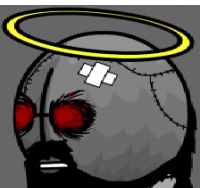 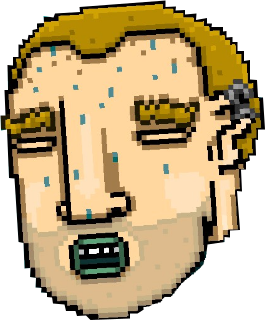