Cavern of Sorrow (commonly abbreviated as COS, and written as CoS in short) is an fantasy board game role-playing game mentioned in both 3D Universe and HD Universe. It's originally designed by Eugene Anderson and Samuel Okerlund. It was first published in 1974 by Attacker Studios Inc. (AS). It has been published by Besmirtan LLC since 1996. The release of CoS is often seen as the beginning of the modern role-playing game industry. Thanks to the American multinational toy manufacturing company Natty and the Swiss game develoing company LoL Inc. this game is available in various Operating Systems around and it can be playable online too.

It's claimed to be about ''a secret society of special friends'' and ''art of historicaly greater and bigger moments''. It's majorly based on Dungeons & Dragons,but also it seems like this game franchise bears to many fantasy games such as Clash of Clans, Dante's Inferno and Knights Contract. The copies of the game was sold around the world and became the top-selling game franchise of all time in mostly USA, Canada, Europe and Asia...

The franchise of CoS is also popular in Mexico, to an extent, even if doesn't get much reputation like rest of the North America. They're also Mexican-exclusive CoS sets sold there, with the most-seller of Mexico being Besmirtan do Mexico, based in Mexico City. CoS is also popular in Argentina and Brazil. It was so popular in Brazil that Bordeaux do Brazil have made a commercial including this franchise, based on Brazillian Renault Kwid D&D commercial.

CoS had the cartoon series of the same name and plot, became the popularTV show on 80's, which is directed by Joe Alvarez.

The infamous mobile game Cavern of Sorrow: Next Thing was the third-grossing game app through IFruit Applands in 2014, and it was reported that LOL Inc. projected $618 million in revenues that year. In May 2015, it was in the top 10 most downloaded free apps on both the IFruit App-Lands and Drone Appstore. As of June 2018, the game has grossed $2.73 billion in total.

In Cavern of Sorrow series, they are various campaigns that takes many places in, as well as taking other stuff from D&D universe. It ranges from accident civilizations to caliphs and khantes The game mostly takes places in the Middle East in many places like, Gorathestan (Based on Egypt, as well as Zakhara), Furzan Empire (Persian Empire/Greater Iran), Sahibitan (Balochistan), City of Marhakh (Aleppo, Syria), Hakiardi Yerkir (Armenia), Devlet-i Alīye-i Ajoyibīye (Ottoman Empire) and especially the other lands were colonized by State of Sodalitas (France), along with others, which is an odd thing. This would may refer Al-Qadim campaign setting, where it feartures Middle Eastern theme, but unlike Al-Qadim, CoS features mixed up cultures and themes, over to the Arabic theme, featuring also Persian, Baloch, Ottoman, South American, South Asian, Samoan and Indian culture. The land names of these countries have ''-stan'' suffix, with is a persian word for ''Land of-''.

Despite these places speak Middle Eastern languages, people in these places can also speak other languages like Tatar (Mishar Tatar dialect mixed with Turkmen language), Romanian, Yazidi, and ironically, English, used for translating for players.

It also takes many other places in Northern Europe like, Kingdom of Novalande (Denmark), Landetav Devpi (Sweden), Karolandenk (Norway) and more other places, which would also have various cues based on various locations like Asgard, Beachy Head, Airds Moss, Aripara Falls, Lesbos and Büyük Ada.

The franchise also features a giant island named ''Gulljarðvegur'' (literally ''Golden Soil'' in Icelandic language), which features richer surroundings, highest peaks and an undisputed fresh sceneries from all diffrent angles. The island itself was based on Madeira Island, majorly from the shape and other stuff, as well as other cues from Metropolitan City of Catania, with the mountains taken from one found in Asia, like the Sølvtopp, which is based on Semenov-Tian-Shansky Peak, Bromear Peak bbbeing based on Boris Yeltsin Peak, Snjóhestur being based on Doi Mae Salong and Græna Höllin being based on Mount Kinabalu.

According to the CoS book series of "Across Soils, Creatures and Other Things", the people there worked hard on such things as science, mathematics, astrology, architecture and more.

In 13,000 BC, they signed the agreement "Hadeesh Agreement" with the Tamalian Empire.

The five gods of the religon are: Tajrahal (God of Wealth), Pushkar (God of Entourage), Sevran (God of Nature), Voshrako (God of Blue) and Shikamro (Gof of Fire).

Hanvarism is a philosophical and spiritual tradition that severely prohibits heresy and greed. The name of the religon means several things as "path cleaning", "vision equalizing", "praying with (serious) belief" and "going for peace."

The Auzugh (Qun Doghdu) is the source, pattern, and substance of all that exists in Hanvarism. Hanvarism teaches about the different disciplines that might be used to achieve "perfection" by becoming one with the unplanned rhythms of the universe, which are referred to as "the guide" or "Auzugh."

It's also known for the caravansaries and being the place to cross at the trade paths like Balsagun Path, Zeyneddin Path, Lemirna Path, Maziata Path, Apke Path and Yarkitza Path.

Vadhoism, sometimes known as Khaldarism, is an ancient philosophical and behavioral system that has it's origins from the most part of what's North and West Great Fyurzan Empire. Vadhoism evolved from the teachings of the Salghumese philosopher Khaldar, and has been variously described as a tradition, a philosophy, a religion, a humanistic or rationalistic religion, a style of governing, or simply a way of living.

Another dominant region known for it's mountains, horses, unique species and more...

Cavern of Sorrow has been sponsored over years after the first sponsor in Liberty City Football Arena in 1991 during a match where LC Cocks and LC Beavers ''challenge eachother again one way or the other''. Besmirtan LLC made it ''bigger'' as the former CEO of Attacker Studios, Vincent Low and ''various wise people'' planed to create an ''major event'' called Cavern of Sorrow marathon, where the winners get sets of CoS products. The Playback FM's DJ, Forthright MC mentions that he had to bring the supplies for the Cavern of Sorrow marathon. And the other version called Cavern of Sorrow triathlon (nicknamed ''Run Wild and Solve It'). It's served various areas around the world in many places like Los Santos, Toronto, Moscow, Oslo, Stockholm, Istanbul, Berlin, Madrid, Münich and more places. Here are various places where Cavern of Sorrow ''Internaitonally Official'' marathons took place in.

Cavern of Sorrow Marathon 2013 in Warsaw, the Poland's capital showing the athletes running for the suprise 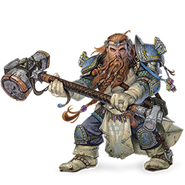 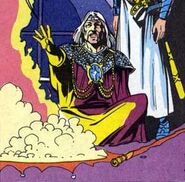