Cavern of Sorrow: Next Thing

Consumable by the player?

Clash of Clans and Dragons and Dungeons crossover

Cavern of Sorrow: Next Thing (AKA CoS: NT) is a Online Strategy Mobile phone game developed by Swiss-German game developer Lump of Lust and published by Finnish game developer Pyhä Malja Studio This game in mentioned in HD Universe (2013-). Released in late 2012's for Drone and IFruit devices.

Cavern of Sorrow: Next Thing is an online multiplayer game in which players make their own army, train troops, and go to various places like Læssemaskine, Laueleele o Leiloa, İl Punto di svolta, Gral, El Krak, Shtern, Hulis, Masi-Ula, Atabakh, La multitud, Santo Grial, Tonos, Representere, Gosto and Xīwàng. There are five currencies or resources in the game. Gold and Iron can be used to build and upgrade defenses and traps that protect the player from attacks of other players and AI Enemies and to build and upgrade buildings. Gold and Iron are also used to train and upgrade troops. Emralds, Diamonds and Dark Diamonds are the premium currency in the game. Attacks are rated on a ten-star scale and have a maximum timed length of 25 minutes.

Santo Grial is an Location in CoS: NT located in South-America near to Southeast Asia. Santo Grial has been known for it's the 'hero' King Santa Phil known as the '16th Century's Giant' and the son of 'King' Santo Phil. Santa Phil refers to Philip II, who was king of Spain during the Spanish colonization of the islands in the 16th century. Because it was under Spanish rule for 333 years and under U.S. tutelage for a further 48 years and the one where the Southeast Asian country Philippines is named after. Santo Grial means Holy Grail in Spanish.

Representere is a mountainous land in CoS: NT located in Northern Europe and the 'neighbour' of Læssemaskine. Representere is known for 'snow fuckfests, meters of size of the fishes and being the Land of Peace'. Representere means Represent in Norwegian.

Tonos is an location in CoS: NT located in West Europe. Tonos is known for being the birthplace of Gorathback's one of ''fames'' 'Taursan Jauni', 'loud bull horns' and 'beautiful gardens'. Tonos means Tones in Spanish.

Hulis is an Post-Boshviet location in CoS: NT located in Caucausus. Known for Chilli Hot Khorovats (Khorovat: Armenian variant of Kebab), birthplace of Lod Zad the Wizard's uncle and Crows. Hulis/Հուլիս means July in Armenian.

Atabakh is an Post-Boshviet Turkic location in CoS: NT located in Caucausus. Known for hybird history, puppy fields and 'friendly riots in villiges with local teenagers'. Ata means Father in Azerbaijani and Ancestor in Turkish. Bakh means garden in Azerbaijani. The name translates to 'Father's/Ancestor's garden'. 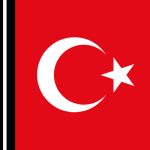