DanBro FM, hosted by Daniel Dewan Sewell known as "Danny Brown", is a radio station that plays EDM, Experimental Electronic and Trap, in Grand Theft Auto: The After Dark Scene.

This station was released as a replacement of FlyLo FM due to complaints by the public. This station plays deep kicks, snare rolls, hi-hat mayhem consistent with modern day trap and bass. 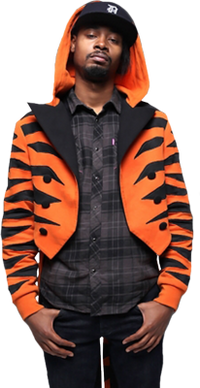 From an early age, music was my only thing. You come from Detroit, you learn how to make the most of what you can do best.

Danny is infamous in the scene: for the missing teeth, for the exploded coif and unique hairstyle, and for the controversial onstage occurrences. Now he is poised to break through within the EDM scene, with licentious party rap that draws heavily from Brown's Motor City roots—think hip-hop sonics mixed with Detroit ghettotech's rude attitude.

Retrieved from "https://gtafanon.fandom.com/wiki/DanBro_FM?oldid=32278"
Community content is available under CC-BY-SA unless otherwise noted.