This article is a stub. You can help Grand Theft Auto Fanon Wiki by expanding it.
This page contains text and images from the GTA Wiki. The original article can be found here.

❝ For the 90's man having a mid-life crisis who wouldn't dare be seen in something as brash as a Coquette, the Annis Euros. A sleek, stylish, modern body fitted onto a 15 year old chassis and given a twin-turbo V6 making twice as much torque as said chassis was ever built to cope with, the Euros says, "I have style, taste, and low standards for build quality.❞
―Legendary Motorsport description.

The Euros is a sleek, contemporary sports car, appearing as one of the most modern vehicles at the time of the game's 1992 setting. The Euros is also the only car featuring a panoramic sunroof.  The Euros design clearly resembles the Nissan 300ZX (Z32) with the rear lights and bumper from the older Nissan 300ZX (Z31). This car may be modeled after the base model Nissan 300ZX that has a naturally-aspirated V6 engine.

The Euros returns in HD Universe. The vehicle is taking inspiration from the Nissan 300ZX (Z32) again and has design cues from the Mitsubishi 3000GT and the Nissan Silvia [S13].

The Euros is a front-engined, all wheel drive car, with a 5-speed gearbox and a mass of 1,400 kgs.

Being a conventional sports car, the Euros can only be modified to a limited extent at any TransFender garage. 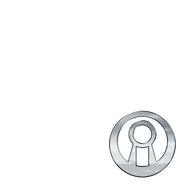 The Euros is considered one of the rarest vehicles in Grand Theft Auto: San Andreas, being seen on rare or special circumstances: