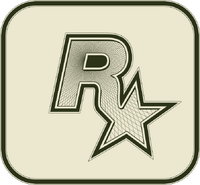 Rockstar Manchester (formerly Image Metrics) is a fanon British video game developer based in Manchester, North West England, best known for the facial animation for the Rockstar franchise in its earlier guise as Image Metrics.

Integrated into the Rockstar family in 2008 after their contribution to Grand Theft Auto IV, Image Metrics where moved into a new studio in the heart of Manchester. Rockstar Manchester has developed original game titles and is proud to be the developer of the Grand Theft Auto series, along with Rockstar North.

Current projects include Grand Theft Auto Revolution, a large multiplayer experience, and The After Dark Scene, an award-winning standalone expansion.

Retrieved from "https://gtafanon.fandom.com/wiki/Rockstar_Manchester?oldid=33067"
Community content is available under CC-BY-SA unless otherwise noted.