Spree-shooting victims from a high-rise building

2 killed (accidental, during job as a construction worker)

"Without me, my rifle is useless. Without my rifle, I am useless. I must fire my rifle true. I must shoot straighter than my enemy who is trying to kill me. I must shoot him before he shoots me. I will…"  - A quote from the Rifleman's Creed , left on a paper in the lobby room of the Eclipse Towers by Phillips during the second shooting.

Joel Phillips (born January 12, 1974), also known as the Highrise Killer or the Los Santos Sniper is a deceased spree-killer/sniper who, during the timespan of 3 months between August and October 2018 committed the Los Santos Highrise Sniper Attacks. These attacks were committed with a Bushmaster XM-15 with 30-round STANAG magazines and a EOTech 512 holographic weapon sight along with a SIG Sauer P226 pistol. Phillips had took the lives of 28 people and injured 9 others.

Joel was born to a high-class family in Rockford Hills. He had a rather spoiled childhood and was, as described by his brother in a later interview, "a very likable and social person" and served in the Boy Scouts. Around age 12, he had developed an interest with the military, which eventually led him to joining the Marines Corps when he was 22 years old in 1996. He served for about 2 years in Afghanistan as a combat engineer and then was discharged in 2003.

Joel spent the next years of his life working as a construction worker and living with his mother. He was an avid gamer, especially at Righteous Slaughter.

Joels life soon took a turn for the worst when his mother died in 2016 due to lung cancer - which left him much poorer as his job as a construction worker did not offer a great salary. However, he was able to cope through, and soon started searching for a new job - eventually finding a job as a journalist. However, in June 2018, he had unexpectedly found himself in a lawsuit due to a major construction flaw from a 2012 project. The flaw had caused a roof collapse in an apartment building, killing two people. He was soon being sued by the victims families and persecuted by the police. He had soon written a post on his Bleeter account, stating "I have no more reason to live anymore. I am being kicked out of my home and being persecuted by the police. There is no escape for me. All humans make mistakes, but I guess i'm not allowed to." Joel had been filled with anger, and was plotting an attack of the residents of Los Santos two weeks before his trial.

Around August 12th, 2018, around a week before his trial, Joel had went missing and his belongings were all gone from his home. He had cut and dyed his hair and disguised his face to avoid the police. On August 13th, Joel had registered into the Vinewood Gardens hotel under a fake alias. Around 8:03 P.M, Joel had opened fire onto four people outside from the ninth floor of the hotel, killing all of them. Joel was soon able to escape alongside a crowd of confused people who assumed that there was a gunman inside.

Joel had took about a month between each attack in order to disguise himself to avoid security camers and police. On September 9th, he had climbed to the roof of the Eclipse Towers in West Vinewood around 3:00 P.M, where he then open fired on a crowd of people at a Bean Machine cafe on the corner of Strangeways Drive. The attack killed 8 people and left 4 people injured and Joel was able to escape using the same tactic. However, the police had spotted a similarity in the attacks and knew that this was likely not going to be the last, and as a result, had increased the security for hotels in the north Los Santos area.

On the morning of October 23rd, Joel had entered the Weazel Plaza and was granted access to the roof, posing as a mechanic. He then picked off 10 people, including two people in a car. He had quickly gathered his weapons and dashed down the skyscraper, but was then stopped by security due to suspicion. In response, Joel had shot both of the guards with his Sauer P226 and ran out to the middle of the street, where he shot a man in a Declasse Saber Turbo and hijacked his car. He had gone on a car chase with police, attempting to take as many lives as possible using his P226. Joel's Saber Turbo was hit by a police PIT manuever and crashed into the Morningwood Cinema - ultimately ending his life. In the end, the car chase had took the lives of 4 people and injured 2 others. 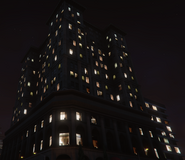 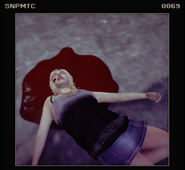 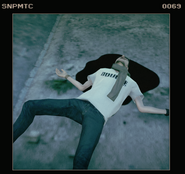 P. I. Staker, the second victim of the first attack 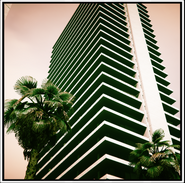 The Eclipse Towers, circa 2017 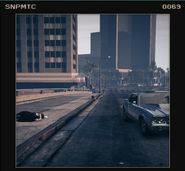 Aftermath of the Weazel Plaza attack (1/2) 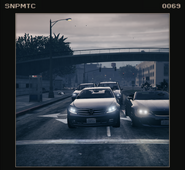 Aftermath of the Weazel Plaza attack (2/2) 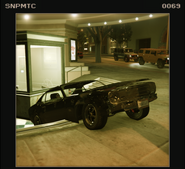 Joel's Declasse Saber Turbo, crashed into the Morningwood Cinema.
Add a photo to this gallery
Retrieved from "https://gtafanon.fandom.com/wiki/The_Highrise_Killer?oldid=33980"
Community content is available under CC-BY-SA unless otherwise noted.