The owner of this page is RavenRT. According to policy, no other user, with the exception of admins, may edit this page without the owner's permission. If they do, they will be blocked.

This story is not necessarily realistic, nor is it meant to be. All criminal/immoral actions are condemned by the author; any such actions committed by law enforcement officers in this story are not meant to portray officers, or the agencies who employ them, in any negative light as this is simply a fictional story. 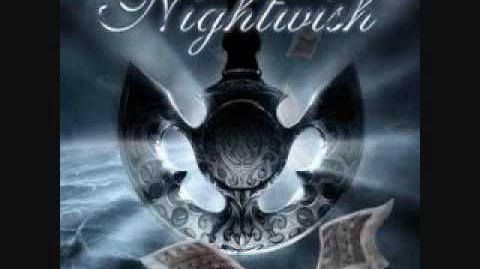 Thin Blue Line takes place mainly in Bison, the second largest city in the State of Liberty, from 1999 to 2029.

Thin Blue Line begins with O'Sullivan graduating first in his class from the Bison Police Academy in March of 2000.

In December 2000, Police Officer O'Sullivan is inside the precinct when he hears an officer shout for backup from the holding cell. He sprints to the officer's aid with two others, guns drawn, to see a man holding a knife. The four officers in the room shout for the man to drop the knife, but he eventually throws it at O'Sullivan.

However, the knife misses and hits the wall. Niall moves in on the man and kicks him in the chest, causing him to crash into the wall and fall down. He fights with the officers as they try to cuff him, and O'Sullivan beats him with a baton to subdue him.

The three other officers fight with the man, as well. Eventually, he submits and is arrested for assaulting a police officer, resisting arrest, obstructing, and attempted murder.

In August of 2003, Niall becomes a member of the department's Tactical Team.

On November 25, 2003, Niall responds to a domestic disturbance in an apartment complex. After parking on the road's side with the complex's entrance about twenty feet in front of him on his right side, a man runs out of the building, armed with a handgun. He opens fire on O'Sullivan, showering him with shards of glass but missing.

The officer draws his Glock 17 and fires six rounds through the windshield, striking his assailant five times. As the latter reloads, O'Sullivan gets out of the car and takes cover next to the driver's side rear wheel. "Fuck you!" he shouts while firing. After an exchange of gunfire in which the shooter is struck six times, Niall reloads and is shot in the left trapezius muscle as he begins firing again.

After firing thirteen shots from his second magazine and striking the subject nine times, Police Officer O'Sullivan crouches down, peers under his squad car, and fires two shots. He obtains a sight picture and, when his attacker bends down to look under the car, he fires a rapid burst of two shots, striking him twice in the head and killing him.

The shooter is later identified as Thomas Strickland, who was under the influence of PCP and a known dealer of the substance. It is also determined that O'Sullivan fired thirty-five shots in the gunfight, hitting Strickland twenty-two times.

On October 24, 2006, Niall responds to a car fire. He arrives before the fire department and sees that the car's engine is ablaze and the vehicle itself filled with smoke; the driver is also stuck in the car. With his nightstick, he smashes the driver's side window before quickly putting it away, cutting the driver's seatbelt with his knife, and pulling them from the burning vehicle.

Other officers and paramedics arrive as Niall tries to resuscitate the driver, a young father, who has stopped breathing due to smoke inhalation. He succeeds in doing so, and the father soon asks if they have his infant son. Niall quickly looks back at the car, which is now entirely engulfed.

He sprints to it and smashes through the back window, frantically reaching for the child. O'Sullivan unbuckles the carseat's harness and pulls him from the burning vehicle. After running to safety, he places the infant, who is not breathing, on the ground and performs CPR on him; after thirty chest compressions fail to resuscitate him, he begins performing mouth-to-mouth, which, in the end, also fails.

The night haunts him and is a constant source of sorrow, sometimes the subject of his frequent nightmares.

In May 2008, Niall is assigned to the Narcotics Unit after receiving the highest score on the Detective civil service exam.

On October 12, 2012, Niall and several other narcotics detectives conduct two heroin deals using confidential informants. Upon testing, the purchased heroin is found to be laced with fentanyl, a substance that is approximately one hundred times more powerful than morphine.

In May of 2012, the Attorney General's office agrees to fund the telephone tapping of Ray Brown, Michael Jones, and Maximiliano Escobar. The operation is approved by a judge. All of the three's telephone conversations and text messages are monitored round-the-clock by government assets from inside a telephone tap center.

Throughout 2013, the Narcotics Unit purchases fentanyl-laced heroin and other drugs from the Brown-Jones Gang and La Élite using informants and an undercover detectives. By the beginning of 2014, more than ninety members from the two gangs are having their phone conversations monitored.

On June 28, 2014, the Bison Police Narcotics Unit and Tactical Team execute search warrants on the homes of eighty-three individuals associated with the case. They are assisted by State Police CNET investigators and the SORT team, as well as by the regional NOOSE Tactical Response Unit.

Detective Sergeant O'Sullivan is assigned to the warrant execution on Michael Jones's home, and is the team leader there. With Detective Levi, Detective Villagomez, and Investigator Kimberk, he guards the perimeter of the home while a tactical team clears the house.

A few minutes after the team enters the home, Jones escapes onto the porch roof of his home. He leaps off and lands on the sidewalk. Before he can run, he is tackled by O'Sullivan. A fight ensues, with O'Sullivan suffering a broken nose. The scuffle ends when the detective is able to perform a rear naked choke on Jones, forcing him to submit.